Are Railroads the Most Environmentally Friendly Solution in Freight Transportation?

According to the United States Environmental Protection Agency (EPA), the largest sources of greenhouse gas emissions in the United States are from burning fossil fuels for electricity, heat, and transportation. The Transportation sector generates the largest share of greenhouse gases (GHG) at 27% of the total emissions from the economy, followed by Electric Power (25%), Industry (24%), Commercial and Residential (13%) and Agriculture (11%).

The Transportation sector includes the movement of people and goods by cars, trucks, trains, ships, airplanes, and other vehicles. Zooming down into freight transportation specifically, medium-and-heavy trucks accounted for 26% of the total sector GHG emissions, while railroads accounted for just 2%. The GHG emissions mostly emanate from the combustion of fossil fuels for propulsion, and diesel is the most widely used fuel for freight transportation.

As an active fundamental asset manager we have remained a significant investor in the railroad sector for many years. We see two key ESG considerations when analyzing the railroad sector. Firstly, for a given amount of freight, railroads are a relatively low GHG emission method of transportation.  Secondly, the industry has many initiatives to reduce its GHG emissions profile. We think that favourable and improving environment footprints supports the performance of the industry over time. We also continue to support the many ongoing de-carbonization efforts of the freight industry through active engagement, and we see the potential for attractive risk-reward opportunities by providing capital for those de-carbonization initiatives.

On broad-based measures, the Association of American Railroads (AAR) estimates that freight railroads are 3-4 times more fuel efficient than trucks, on average. The trade group further estimates that moving freight by train instead of truck reduces greenhouse gas emissions by up to 75%.

A more extensive study was carried out by the Department of Transportation (DoT) in 1991 by running simulations to compare rail and truck between the same origin-destination locations. Although the study is dated, both rail and truck technologies have improved since, and as such we believe that the broad findings remain relevant to this day. The DoT study found that rail achieved from 1.4 to 9 times higher fuel efficiencies (ton-miles per gallon) than competing truckload service. Rails compete most directly with the highway in moving shipping containers. In this category, rail was 2.51 to 3.43 times more energy efficient than comparable truck moves. The study also found that the fuel efficiency advantage of rail over truck increases as distances increase.

Rails have vastly improved their operations since the publication of the DoT study, which have led to meaningful improvements in fuel efficiency. First, the industry has pivoted to a precision railroading operating model, which involves running longer trains at scheduled times. This means trains spend less time idling, and fewer assets are required to move the same amount of freight. Second, rails have invested heavily in creating network capacity by adding more sidings and double-tracking key corridors. These investments have improved dwell times and have led to an overall improvement in fuel efficiency. Third, locomotive engines have become more fuel efficient and technologies such as distributed power have further amplified these gains. Finally, adoption of ancillary technologies such as automated inspection portals, inspection cars, and others, continue to enhance the fluidity of railroad networks and unlock additional fuel efficiency gains.

Renewable Fuel Blends to Unlock the Next Leg of GHG Reduction

Canadian National Railroad was one of the early adopters of the precision scheduling railroading model and has been an industry leader since in terms of environmental leadership. On the back of these initiatives, the company has been able to reduce its GHG intensity by 43% in the 1993-2020 timeframe. Other railroads have been following a similar script and we expect the industry to converge to similar level of GHG intensity in the upcoming years.

We continue to see a long runway for further improvement. Based on our engagement with some of the major railroads, we expect the industry to be able to deliver 1-2% incremental improvement in GHG emissions intensity per year, on average for the next decade. We expect renewal of the locomotive fleet to be the biggest driver of the reduction, complemented by ongoing improvements in technology.

Cleaner fuels, however, are expected to be the more meaningful driver and our conversations suggest that this initiative could reduce GHG emissions by another 3-4% per year, on average. The easiest opportunity remains in using sustainable renewable fuel blends in existing fleets to immediately realize these improvements.

Outside of incremental gains from opportunities discussed above, there is push underway to explore radically different propulsion technologies that could meaningfully alter the emission intensity of freight transportation in the future. These technologies are being developed and tested both on the trucking side and on the railroad side.

Electrification of the North American freight network by building high-voltage catenary lines, integrating these to the power grid, and powering them with renewable power would be the most environmentally friendly solution. However, we estimate that the cost of electrifying the entire 140,000 mile U.S. freight network and replacement of the fleet of 24,000 fleet of locomotives could reach $1 trillion, which is likely prohibitive.

As such, we expect other propulsion technologies to remain the primary focus. The railroads are currently exploring battery electric, hydrogen fuel cell, and natural gas-powered locomotive designs. There is active testing of each potential solution by different North American railroads, however there remain several challenges to them that have to be overcome before they can become viable for widespread adoption. We will be following the testing of these potential solutions and their evolution closely as there could be attractive investment opportunities to facilitate their adoption. The opportunities could come from direct investments in the railroads themselves, but also in companies such as Ballard Power Systems that is developing hydrogen fuel cells for rail propulsion, or Wabtec that has designed battery powered locomotives. There could be attractive investment opportunities in the adoption of some of these solutions for lowering GHG emissions from rail freight.

Investor proxy voting and engagement with companies and policy makers are also having an impact on the adoption of these potential solutions. As a large investor in the freight industry, our engagement and proxy voting efforts support ongoing de-carbonization of the industry.

It is worth noting that these technologies are also being developed and tested in trucking applications. The development of these technologies for trucking could perhaps even progress at a faster pace than for railroading given the larger total addressable market in trucking (bigger pie). Given these dynamics, we would expect the sizeable GHG efficiency advantage that railroads currently enjoy over trucking to perhaps narrow over the next decade. However, despite these gains, we don’t see the gap fully closing and expect railroads to continue to be a more environmentally friendly means to move freight for the foreseeable future.

RIA Disclaimer
The views and opinions expressed in this article are solely those of the authors and do not necessarily reflect the view or position of the Responsible Investment Association (RIA). The RIA does not endorse, recommend, or guarantee any of the claims made by the authors. This article is intended as general information and not investment advice. We recommend consulting with a qualified advisor or investment professional prior to making any investment or investment-related decision. 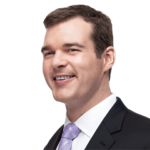 Daniel joined Dynamic Fund’s Fixed Income team in 2009, following his role as an analyst with a boutique asset manager, where he was responsible for risk management and investment portfolio oversight. Promoted to Portfolio Manager in 2012, Daniel’s focus was on credit investing across a variety of mandates. The Credit Research Team was created in 2016, with Daniel appointed its inaugural Head, responsible for fundamental credit research and analysis across the 1832 Asset Management fixed income teams, followed by his promotion  to Vice President & Head of Research in 2019. Prior to joining the industry in 2005, Daniel was a Commonwealth Scholar and earned a Master of Arts in Global Political Economy from the University of Sussex, where his graduate research focused on the risks that credit default swaps and other financial derivatives presented for the global financial system. He also earned a Master of Laws degree from the University of Toronto, with a specialization in Innovation and Technology law.