What is Responsible Investment?

Responsible investment (RI) refers to the incorporation of environmental, social and governance factors (ESG) into the selection and management of investments.

RI has boomed in recent years as investors have recognized the opportunity for better risk-adjusted returns, while at the same time, contributing to important social and environmental issues. 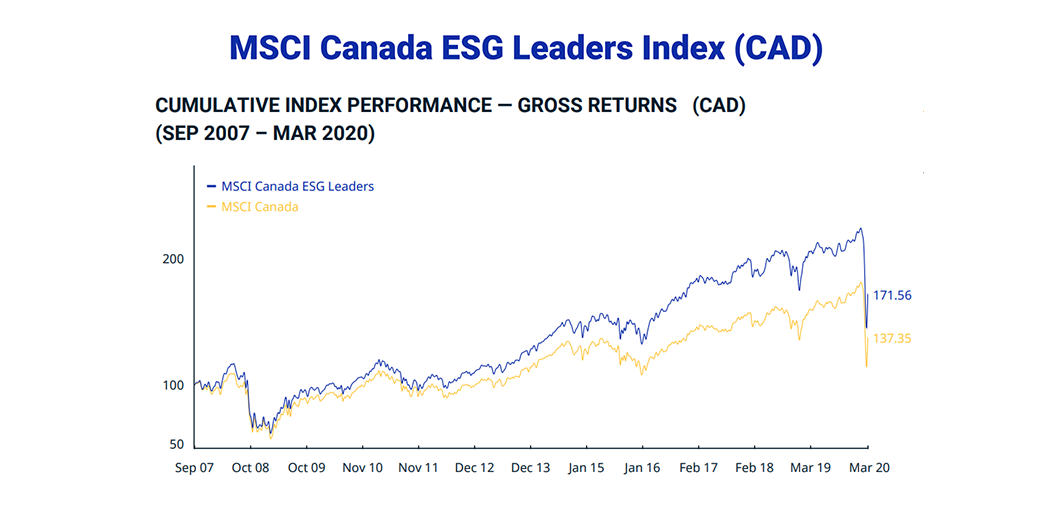 Environmental, social and governance (ESG) issues are some of the most important drivers of change in the world today. And these are not just societal issues; they are important economic issues with significant implications for businesses and investors.

Some Examples of Key ESG Issues in Responsible Investing:

There is a broad consensus among governments that the world needs to transition to a low-carbon economy to maintain a safe and stable climate. Responsible investors need to understand how companies are managing their exposure to climate-related risks and opportunities.

There are three broad categories of climate-related financial risks:

Freshwater resources are at risk from climate change, pollution, and a growing global population which amplifies the needs for power generation and food production.

The World Bank estimates that water scarcity could cost up to 6% of the world’s GDP by 2050.

Water is an important issue for investors because companies, especially those in water-intensive industries such as mining and agriculture, face significant financial risks. These risks include business interruption (directly through local infrastructure or indirectly through suppliers) and the potential market impact of negative media attention if the company is affecting a local community’s water supply or quality.

According to the Canadian Securities Administrators, women hold only 14% of all board seats of publicly-traded companies in Canada. And about 40% of Canadian boards are all-male.

This is a problem not only because it’s ethically problematic, but also because companies with strong representation of women on their boards tend to outperform on a number of financial metrics.

Research has shown that companies with more women on their boards tend to outperform their competitors on a number of financial measures, including return on equity, return on sales, and stock price growth.

Over the past two decades, compensation awarded to top Canadian executives has grown at a much faster rate than wages paid to the average Canadian worker.

A 2018 report from the Canadian Centre for Policy Alternatives found that Canada’s 100 highest paid CEOs earned 209 times more than the average worker. This growth in CEO pay can contribute to rising social inequality, negative media attention and reputational risks for the companies involved. It also raises questions about a company’s overall governance and incentive structures.

To address CEO pay, responsible investors advocate for companies to adopt ‘say on pay’ policies, which allow shareholders to vote on the remuneration of executives.

Free, prior and informed consent (FPIC) of indigenous people should be obtained before the approval of any project affecting their lands or territories and other resources.

The International Labour Organization (ILO) and the United Nations Declaration on the Rights of Indigenous Peoples advance the principle that indigenous groups should be incorporated into the development of new capital projects that affect them.

It is especially important for the extractive sector to obtain and maintain support from local communities, Aboriginal or otherwise. Even if a project has received the necessary regulatory approval, community opposition has the potential to prevent a company’s project from coming to fruition – at great cost to the company.

This is a photograph of the Rana Plaza garment factory in Savar, Bangladesh. In April 2013, the factory suddenly collapsed, resulting in the loss of more than 1,100 lives.

It was a sudden a collapse in the middle of the workday. Obviously this is was a terrible tragedy. But what makes it even worse is that it was totally preventable.

This factory should not have been allowed to operate. But it was operating because companies, including leading global and Canadian brands, were not actively monitoring health and safety in their supply chains. The result was a tragic loss of life, as well as massive reputational, legal and ultimately financial risks for the companies involved and for their shareholders.

Responsible investment is growing rapidly in Canada and globally. The latest Canadian RI Trends Report showed that assets in Canada being managed using one or more RI strategies increased from $2.1 trillion as of December 31, 2017, to $3.2 trillion as of December 31st, 2019. This robust growth represents a 48% increase in RI assets over a two-year period. Canadian RI assets now account for 61.8% of total Canadian assets under management, up from 50.6% two years earlier. As for the global market, the latest Global Sustainable Investment Review showed that global responsible investment assets reached US$30.7 trillion at the start of 2018, a 34% increase from 2016.

The latest RIA Investor Opinion Survey shows that the vast majority of Canadian investors are interested in responsible investments. The report found that:

77%
Investors Interested in RI
82%
Allocate a portion of portfolio to RI
77%
Agree that companies with ESG practices as better long-term investments.

How does RI Work?

Get started with responsible investing!

The Benefits of RI

Responsible investing can reduce exposure to risks that may not be visible on a company’s financial statements. That’s because a company is more than just the numbers. Analyzing a company’s ESG performance, in addition to financial metrics, provides a more holistic view of a company’s quality of management and its long-term prospects for success.
Case Study: BP

The explosion of BP’s Deepwater Horizon oil rig provides a striking example of how considering ESG factors can help investors reduce their exposure to risks. In 2010, the Deepwater Horizon oil rig exploded, killing 11 crewmen and causing the largest oil spill ever recorded in U.S. waters. This was a human tragedy and environmental catastrophe, but it was also a major problem for shareholders as BP’s share price plummeted by 55% following the explosion.

How could an investor foresee something like this? In the three years leading up to the explosion, regulators had cited BP for a staggering 760 “willful, egregious” safety violations. To put that into perspective, the next highest numbers were 8 (Sunoco and Conoco-Phillips), 2 (Citgo) and 1 (Exxon), In other words, BP was responsible for 97% of these severe violations.

So, the warning signs were there. But in order to see the warning signs, you had to look at the company’s health and safety record rather than just the financial statements. In other words, you needed to consider ESG factors to see that potential risk.

In 2015, a Carleton University study of Canadian RI mutual funds found strong evidence showing that responsible investment funds offer better protection against downside risks. The study found that RI equity mutual funds outperformed risk measurement standard industry benchmarks 55% of the time, demonstrating the ability for RI funds to reduce risk in investment portfolios. The findings were particularly strong for Sharpe ratios and Sortino ratios, which measure the excess return per each unit of risk taken. RI equity funds outperformed the benchmark Sharpe ratios 63% of the time, and Sortino ratios (which measure excess return against downside loss) 72% of the time.

All of the evidence indicates that responsible investing can lead to better returns at lower levels of risk!

63%
Responsible Investments Can Outperform the Benchmark*

*A 2015 report from the Morgan Stanley Institute for Sustainable Investing found similar results in the United States. The report, which was based on a review of over 10,000 open-end mutual funds and 2,874 separately managed accounts over seven years, found that responsible equity mutual funds met, or exceeded, the median return of traditional equity funds 64% of the time. It also found RI funds had equal, or lower, median volatility about two thirds of the time.

*According to a study from Deutsche Bank Climate Change Advisors, 100% of academic studies agree that companies with high ratings for CSR or ESG factors have a lower cost of capital in terms of debt (loans and bonds) and equity. It concludes that “firms with strong ESG performance may now be enjoying both financial outperformance (particularly market-based) and lower risk as measured by the cost of equity and/or debt (both loans and bonds) in the short run.”

In addition to its financial benefits, responsible investing can also help investors contribute to positive social and environmental outcomes. This occurs by providing capital to corporate sustainability leaders. It also occurs by improving a company’s ESG performance through shareholder engagement.

A great example of shareholder engagement took place when NEI Investments submitted a shareholder proposal to Suncor Energy in 2016, asking the company to disclose and report regularly on its plans for operating in a low-carbon future. Suncor’s board and management accepted the proposal, and the company published a report on how it plans to reduce its carbon footprint, manage climate risk, diversify into renewables and align its business strategy with a carbon-constrained world. This raised the bar for corporate sustainability disclosure in the energy sector.

Responsible investors also use shareholder engagement to increase the representation of women on boards, reduce the CEO pay gap, and to achieve many other objectives related to corporate responsibility.