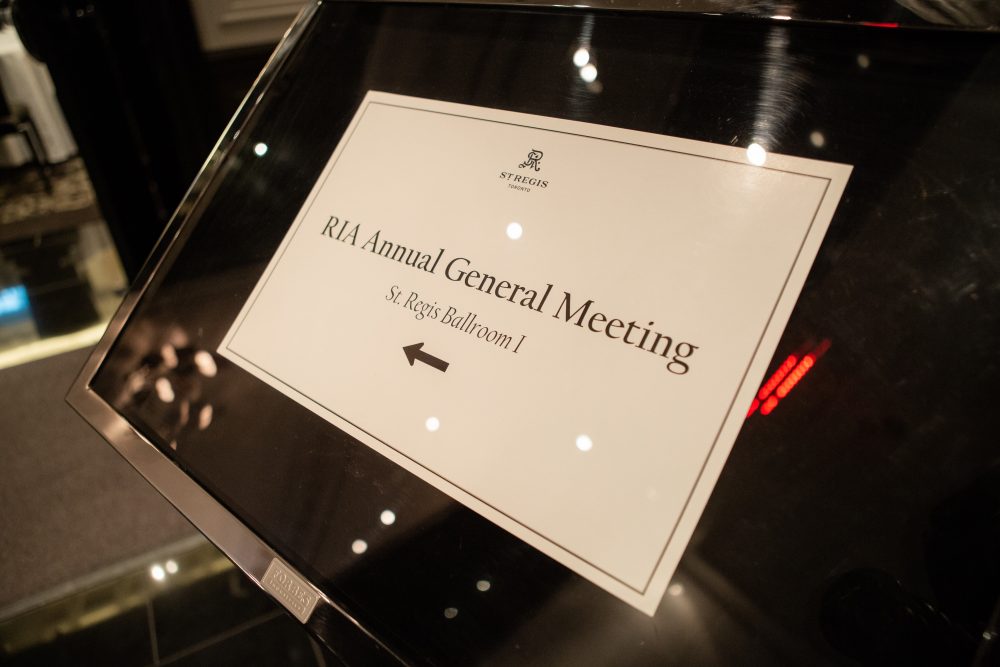 The Annual General & Special Meeting had an in-person turn-out of 35. For the first time, in advance of the AGM the RIA was pleased to offer an online remote voting option for members via service provider ClickBallot. 110 total votes were cast, including 107 votes submitted by remote ballot, reflecting total member participation across Canada of 31.8%.

All AGM ballot items were passed, including the ordinary resolution to amend the current RIA bylaws to further formalize the process around nominations to the Board. As well, current RIA Chair Ian Robertson was re-elected for another 3-year term to serve as a Board Director. For further information, members can refer to the draft AGM minutes here.

Immediately following the AGM, the RIA Board met to formalize the re-appointment of Chair, Vice-Chair and Treasurer roles, as well as the new appointment of Lisa Becker in the role of RIA Secretary. RIA Board Executive positions are appointed for a 1-year term only and Directors may only serve in one Executive role for a maximum of 3 years. Below is a list of the current RIA Board Executive as well as a link here to the full list of the Board of Directors.

Also following the AGM, RIA hosted the ESG Afterwork networking event “Women on Boards: An Update Since Comply or Explain Gender Disclosure Policy Came Into Effect,” sponsored by TD Bank. Attendees heard from TD’s Senior Economist Leslie Preston, who delivered an update on the impact of comply or explain gender disclosure policies. Photos of the event can be seen here.

For more information on TD’s research, see TD’s recent report: “Corporate Canada is Getting on Board”.