In recent months, racial discrimination has become highly visible as citizen journalists share videos of violence and brutality against Black and Indigenous communities, often at the hands of police officers.

But racial injustice extends far beyond violence and law enforcement. Nonviolent forms of racial discrimination and inequity are present in many aspects of society, including the companies in which we invest.

In November of 2019, Boston Consulting Group published a report on diversity and inclusion in corporate Canada. The report, which was based on a survey of 5,082 working Canadians at companies with over 1,000 employees, found that 34% of those who identify as people of colour experienced discrimination in the workplace. It also found that 40% of Indigenous respondents had been subjected to workplace discrimination.

In addition, Black, Indigenous and people of colour (BIPOC) are significantly underrepresented in corporate leadership positions.

As I detailed in a previous column, publicly traded companies incorporated under the Canada Business Corporations Act (CBCA) are now required to disclose the proportions of Indigenous peoples and members of visible minority groups on their boards and within senior management. Norton Rose Fulbright, a law firm, recently analyzed the diversity disclosures of 199 corporations as of early July, and the numbers are dismal. While 64.8% of issuers reported no representation of visible minorities in senior executive roles, 75.4% reported having no representation of visible minorities on their boards.

Overall, Norton Rose Fulbright found that the average representation of visible minorities is 4.7% at the board level and 7.4% at the senior executive level. These numbers stand in stark contrast to the latest available data from Statistics Canada, which show that visible minorities make up 22.3% of the Canadian population while Indigenous people account for an additional 4.9%. There is clearly a large diversity deficit in corporate Canada.

Diversity is good for values and valuation

These severe racial inequities are unjust, and they paint a stark picture of how far we have to go on diversity and inclusion. Racial inequities also mean lost opportunities for companies and investors – there is intrinsic value in having a diverse and inclusive workplace.

While a business case should not be required for society to act, the investment case for diversity and inclusion happens to be quite strong. A global study from McKinsey found that companies with the most ethnically diverse executive teams are 33% more likely to outperform their peers on profitability, while companies with the most ethnically diverse boards worldwide are 43% more likely to see higher profits.

Here in Canada, a report from the Centre for International Governance Innovation, based on an analysis of 7,900 Canadian companies, found that a 1% increase in ethnocultural diversity was associated with an average 2.4% increase in revenue and a 0.5% gain in workplace productivity.

On the risk side, Starbucks lost an estimated US$16.7 million in sales due to an incident of racism in 2018 after it shut down 8,000 of its stores for anti-bias training. The company also suffered reputational damage from negative press during the incident which Apex Marketing Group pegged at nearly US$16 million.

There is clearly a strong case for diversity and inclusion from both the values and valuation-driven perspectives on responsible investment.

The market is moving to help close the diversity deficit. In June, the newly established Canadian Council of Business Leaders Against Anti-Black Systemic Racism announced its formation and launched the BlackNorth Initiative to increase the representation of Black people in boardrooms and executive suites across Canada. As one of its first programs, BlackNorth launched a CEO Pledge for corporate leaders to make a series of commitments to advance racial diversity and inclusion within their organizations

In October, institutional investors managing over $2.3 trillion in assets signed the Canadian Investor Statement on Diversity & Inclusion – a pledge for investors to promote D&I within their portfolios and their institutions, coordinated by the RIA. Signatories to the statement, which include some of the largest institutional investors in the country, acknowledge the existence of systemic racism and its impacts on Black and Indigenous communities and People of Colour, while further acknowledging the existence of inequities and discrimination based on other factors including, but not limited to, gender, sexual orientation, age, disability, religion, culture and socio-economic status. Canada’s investment industry also had its inaugural Diversity & Inclusion Week – a week of thought leadership and insights for investment professionals to promote D&I in their portfolios and their organizations with over 700 virtual attendees.

Also in October, the RIA published its 2020 RIA Investor Opinion Survey based on an Ipsos poll of 1,000 retail investors, with a special focus on investors’ attitudes towards D&I in their portfolios. The survey found that 73% of respondents would like a portion of their portfolio to be invested in organizations providing opportunities for the advancement of women and diverse groups, and 72% want their fund manager to engage with Canadian corporations to encourage more diversity in leadership.

Impact investing for racial justice is also on the rise in Canada. A coalition of Black business leaders launched the Black Opportunity Fund in partnership with the Toronto Foundation. The fund will support Black-led organizations and businesses across the country. The fund’s investments will be wide-ranging, but will have a particular focus on education, health care, community support and housing.

Funds like these will play an important role in breaking down systemic racism and advancing Black and Indigenous led businesses in Canada.

There are also opportunities to invest for racial justice in public markets. Impact Shares has developed a nonprofit exchange traded fund called the NAACP Minority Empowerment ETF. The fund tracks the Morningstar Minority Empowerment Index, providing exposure to U.S. companies with strong racial and ethnic diversity policies. As a nonprofit organization, Impact Shares donates all net advisory profits from the fund’s management fee to the National Association for the Advancement of Colored People, which provides investors with an extra layer of social impact.

As stewards of capital, investors can also engage with corporations to promote diversity and inclusion by, for example, encouraging D&I strategies and asking companies to sign BlackNorth’s CEO Pledge.

Responsible investment has deep roots in mobilizing against racism. Going way back to the mid-1700s, Quakers prohibited their members from owning slaves and petitioned the U.S. Congress to abolish slavery. More recently, in the 1970s and ’80s, international investors launched the first modern divestment campaign, diverting capital away from South African companies as a protest against their complicity in the racist apartheid regime. South African businesses lost access to global capital markets and eventually flipped, pressuring the government to end apartheid.

Now is another moment for action. Investors and advisors have an opportunity to help put a bookend on centuries of racial injustice by advancing diversity and inclusion in their portfolios.

This article was originally published in Investment Executive and has been republished with permission. 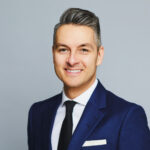 Dustyn Lanz is Chief Executive Officer of the Responsible Investment Association (RIA) – a Canadian organization that promotes the incorporation of environmental, social and governance (ESG) factors into investment decisions. He is a columnist for Investment Executive, where he writes about topics related to sustainability and responsible investment. Dustyn is also a member of the 30% Club, a network of executives which aims to achieve a gender balance in corporate leadership.

Investing in the Fight Against Climate Change
July 29th, 2020 | Shelly Dhawan
Recalibrating for 2020: A Q&A on the Shifting Landscape for ESG Investing
July 29th, 2020 | Marija Kramer
The Rise of Impact Investing: COVID-19 and the Evolution of RI
November 4th, 2020 | Jeffrey Chan
Magazine /